Philip Dudley Cezar is one of the seven children of David Francisco Cezar and Rebecca Dudley.  Naturally gifted in basketball, the young Philip and his four brothers could easily best older neighborhood kids in the sport.

In 1974, Philip Cezar began his career in professional basketball with the Crispa Redmanizers.  Finding the perfect mix of veteran players and fresh collegians, Crispa won the 1974 MICAA summer championship. He was named to the RP National Team which placed 4th in the 1974 Tehran Asian Games.

Philip saw the birth of the Philippine Basketball Association and continued to shine as a professional cager.  He was named PBA MVP in 1980.  Over the years, Philip earned many nicknames that speak on his on-court strengths:  “Mr. Scholar” (he was considered the best “thinking” power forward in the history of the PBA), “Tapal King” (he had long hands that served him well as one of the best defensive players of the league).

In 1990, Philip retired from the game with 12,077 points which secures him a spot as one of the Top 10 all-time PBA scorers.  As a coach, he served as second-in-command to once-rival Robert Jaworski — the head coach of Ginebra San Miguel in the 1990s.  In 2000, he coached the San Juan Knights to a championship in the now defunct Metropolitan Basketball Association.  In 2004, he was named commissioner of the Universities and Colleges Athletic Association for its third season. In 2005, he accepted the job as the new head coach of the Philippine School of Business Administration basketball team.  In 2005, he was among the  twelve initial inductees to the PBA Hall of Fame.

Philip also served the city of San Juan for many years as Vice Mayor, together with Mayor Jinggoy Estrada.

Philip married an Ilokana lass, April Sanidad.  His son Paolo Cezar has also taken to the sport  — having played with the Benilde Juniors team. 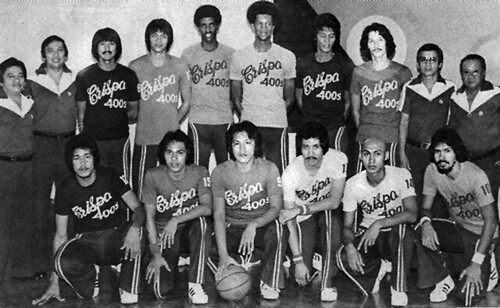